Wilderness has many sides. Wilderness is often defined as “land uninhabited by humans”. In many places like deserts, Wilderness was always associated with the dangers that uncivilized land without water and food supply holds. In other places, pristine nature has been viewed as a place of beauty and peace from human trouble for a long time. Hence, Wilderness is just as diverse as our beautiful planet. From the undiscovered Wilderness of the deep seas to the eternal ice of the mountain tops of the world. From the biggest Wilderness worldwide on the only uninhabited continent, Antarctica, across the deserts and rainforests to the never-ending forests of the Artic. And from the unique wildlife of Oceania across the unrivaled diversity of Asia and the vastness of Africa to the ‘Green lung of the planet’, the Amazon.

In the presentations below, Wilderness advocates from around the world show us their local Wilderness areas and take us to these unique places.

Vlado Vancura is a vice-chairman of the European Wilderness Society, based in Slovakia. As a Wilderness expert, he plays a crucial role in designating Wilderness in Europe. He collected vast experience with Wilderness and natural resources management over 30 years. He worked in numerous nature oriented jobs as a full time, seasonal or free lance consultant in Slovakia, Russia, Hungary, U.S. National Park Service or Parks Canada. He was also the director of the Tatra National Park. The presentation explains the start of Wilderness movement in USA and in Europe.

Nsubuga Martin Herbert is is a Technical Specialist for the Man and Biosphere Programme in Uganda National Commission for UNESCO. He presents concept of a unique trans-boundary biosphere reserve between Uganda and Kenya.

Iryna Shchoka is team member of a European Wilderness Society. She is focusing on Youth Education in the Carpathians as well as assisting in other European projects. She is also the focal point for our Ukrainian European Wilderness Network partners. Summary of her presentation: “Ukraine is the biggest country of Europe. It still contains valuable wilderness in its forests, rivers and even steppe or alpine meadows. Ukrainian Wilderness is internationally recognized. Nevertheless pressure of further economic development, illegal activities and particularly mass often tourism or huge ski resorts threaten its continuity. Is there any alternative scenario? Let´s discuss!”

Lorena Cordova is a passionate Ecuadorian naturalist and active birder who holds a degree in Tourism And Hospitality Management. She joined the Jocotoco family early in 2018 as sales representative of Jocotours, Fundacion Jocotoco’s commecial branch. Lorena presents the most beautiful protected areas in Ecuador and shows pictures of the animals that we can see in these areas.

Geoff Law has worked to protect wilderness on the Australian island of Tasmania since 1981. He was a media spokesperson during the electrifying Franklin River blockade of 1982-83. Since then he has campaigned vigorously to protect the Tasmanian Wilderness from logging and intrusive tourism developments. He played a key role in the extension of the Tasmanian Wilderness World Heritage property in 1989 and 2013. In 2013, he became a member of the Order of Australia in recognition of his contribution to securing these outcomes. He has attended several meetings of UNESCO’s World Heritage Committee, has worked on forest issues in Indonesia, and been an active contributor to World Heritage Watch. Recently, he prepared the text for a high-quality pictorial book on wilderness in Australia. He has visited wilderness areas throughout Australia as well as in North America, Europe, New Zealand and Asia.

Jelle van Zanten is a student at VHL University of Applied Sciences, The Netherlands. He explains the past, current and future of forest reserves in the Netherlands.

Joined the Naturalist course with the Galapagos National Park and Charles Darwin Station in 1988. Began working as a naturalist and divemaster discovering many of the dive sites that today are part of the Marine Reserve Dive Sites. Began studying and observing whale sharks and in 2005 established the Galapagos Whale Shark Project together with Dr. Alex Hearn. Satellite tagging began in 2011 and in 2017 the project was featured on the BBC Blue Planet with David Attenborough. It has been the subject of three documentaries widely aired on Discovery Channel, Amazon, Hulu, NatGeo as well as networks around the globe. When not in the Galapagos Jonathan leads expeditions to many Wilderness areas, diving in the Amazon and under the Polar Ice in Antactica. Jonathan talks about the uniqueness and beauty of Galapagos, the science taking place in the oceans and the dangers these wilderness areas face as well as how science can be used to protect the wilderness.

Tobias Nickel is currently a graduate student at Western Colorado University, studying public land management, and a wilderness fellow with the US Forest Service. In the past, he worked in wilderness positions with the US Forest Service, Bureau of Land Management, and National Park Service, among other things. In this presentation, he will explore what it means to navigate difficult decisions of whether, when, where, and how to intervene in ecological processes, using the case of the Fossil Ridge Wilderness in Colorado, USA. For his master’s project, he developed a fish and wildlife management strategy for this wilderness. The purpose of this strategy is to inform and empower local land managers to make carefully-weighted fish and wildlife management decisions that respect and preserve wilderness character and ensure persistence/recovery of selected priority species faced with direct or indirect human pressures. For each priority species, the strategy establishes management objectives, provides management recommendations, develops monitoring questions, and integrates principles of adaptive management.

Dr. Indra Starke-Ottich is a German biologist with the focus on urban ecology and neobiota. Her research focusses on floristic and land use changes in an urban environment. She is a member of the Department for Botany and Molecular Evolution at the Senckenberg Research Institute and Natural History Museum Frankfurt. Urban Wilderness? Sounds like a contradiction. But Urban Wilderness is the focus of a project, that is carried out 2016-2021 by three German cities, their scientific partners and a partner for public relations. Urban Wilderness has differences to usual wilderness concepts. Urban Wilderness differs from other wilderness concepts, but is not a contradiction. It has to balance a lot to make the best use from very limited space in urban areas: species conservation, public acceptance and natural succession.

Since 2000, Professor Vladimir Bocharnikov has been working for the Pacific Institute of Geography in Vladivostok, a part of the Russian Academy of Sciences. He is responsible for the North Pacific Biodiversity Information Assessment and Conservation Programme, acting as the lead researcher on this project. Vladimir is also a member on the IUCN Species Survival Commission, acting as a threatened waterfowl group expert. He has extensive experience on marine environments and game biology.

Ms. Zhang Qian is a representative of WILD Foundation, manager of IUCN WCPA wilderness specialist group. Her presentation consists of 4 parts — IUCN WCPA Wilderness Specialist Group (WSG), its background, how it works, the main tasks and the current work; Introduction to  the Wilderness Protected Areas: Management guidelines for IUCN Category 1b protected areas, which includes the definition of category 1b, the management principles, management tools and issues, evaluating effectiveness of IUCN protected areas management Category 1b sites; Two policy briefings that have been recently co-produced by WSG, WILD Foundation and Wilderness Foundation Global, one on nature-based solutions and the other on Infectious diseases; A glimpse at a wilderness movement in China. Through these four aspects, the speaker will share  knowledge about wilderness as protected areas and the international well-recognized standard of its management, as well as the development of wilderness protection in China, one of the world’s mega-wilderness countries.

The world’s first Science National Park is in the making: a living laboratory for field biology in Evo, Finland – John Loehr

John Loehr is research coordinator at the University of Helsinki’s Lammi Biological Station. An active promotor of field biology around the world through the social media platform ‘Kentällä – In the field’, he is a key member of the working group that proposed the Evo Science National Park to the Finnish government. The Evo area is one of the most intensively researched regions of Finland and features old growth forest with rich biodiversity and long-term data spanning many decades. The proposed Science National Park will be the first park to make science its primary focus by further supporting research in the region, promoting interaction between scientists and the general public and strengthening the role of citizen science. In this presentation John Loehr will introduce the conservation importance of the Evo area, the research in the area and discuss the process involved in founding the National Park.

Tania Garrido-Garduño is an Associate Professor at Iztacala College of Higher Studies, UNAM, Mexico. She is currently the head of the Evolution, Ecology and Genetic of Interactions Lab where they have project from big to small spatial and temporal scale, using as a principal tool genomics to apply in biodiversity conservation. In Mexico, the Tehuacán-Cuicatlán Valley (TCV) territory was declared a mixed world heritage site, with inseparable natural and cultural richness. Of all the arid zones of North America, TCV may well be the one with the greatest biodiversity. The region comprises a complex physiographic mosaic in which several internal valleys are separated by mountain chains. However, the number of studies concerning this interaction is not sufficient to support or improve the management of plants or biodiversity. For this reason, we propose connectivity studies that include the ways in which landscapes contribute to gene flow among the species involved, as genetic diversity among populations is key to battling climate change.

Vance Martin is a President at The WILD Foundation and Chair of the Wilderness Specialist Group of IUCN, USA. A short overview of wilderness and protected areas around the world as the system has developed over several hundred years.  Particular emphasis is on the history of international wilderness policy and legislation outside the United States, the important role of indigenous and local communities, and the priorities going forward. 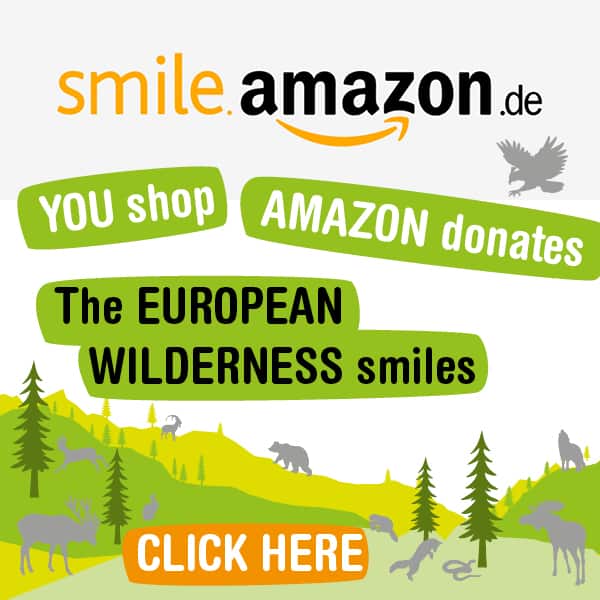